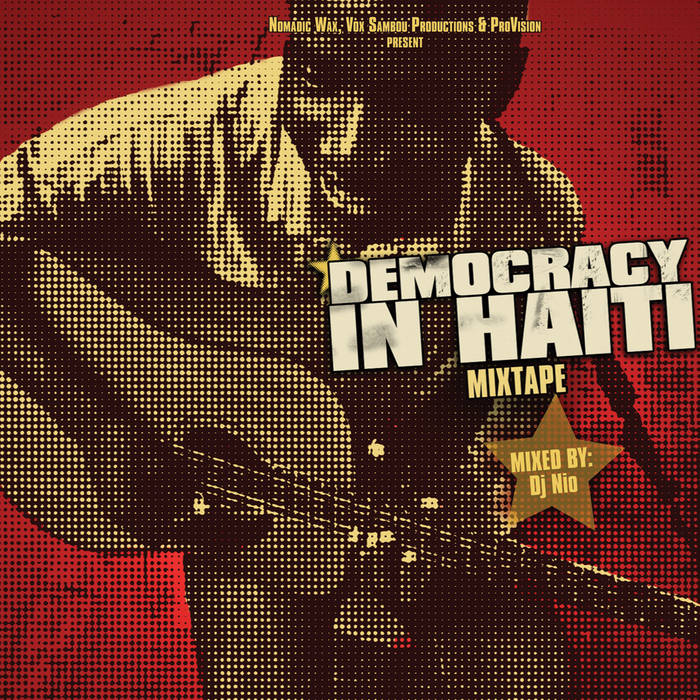 The company that brought you Diaspora: A Global Mixtape Movement, Nomadic Wax is back again with their latest release, the Democracy in Haiti Mixtape.

The Democracy in Haiti Mixtape is mixed by DJ Nio of Zero Plastica and produced by Magee McIlvaine of Nomadic Wax, Vox Sambou and DJ Nio. The mixtape was mastered by Dan Cantor of Notable Productions.

Visit www.democracyinhaiti.com to learn more about the “Democracy in Haiti” film.

For interviews, media inquiries, or for information about other projects, etc. please contact Nomadic Wax via Ben Herson at ben@nomadicwax.com.

Nomadic Wax uses music, media and the arts to promote social change and cultural exchange, creates educational opportunities for people to learn about issues of global importance though media and entertainment and is a platform for socially engaged musicians, media producers and artists worldwide to spread their message and reach a global audience. ... more

Bandcamp Daily  your guide to the world of Bandcamp